Want the latest information and stories behind the stories? Subscribe to the email newsletter! Newsletter is sent every other month. You can unsubscribe at any time. Your information will never be sold.
July 31, 2012

This isn't crazy. It just sounds that way.


I started writing the fantasy series in law school. Just a few chapters, pounded out on my crappy old Dell laptop, during my 2L year. And then came my last year of law school, the bar exam, law practice, and what seemed to be the total death of my creativity and good humor.
Then a friend encouraged me to start writing again. I gravitated towards the Undead Bar Association, using the superntarual to put a new twist on legal thrillers. But I didn't forget the fantasy series. I've been quietly working on it in the background. The plan was to publish the first few books of the Undead Bar Association series and then shop or self-publish the completed books of the fantasy series.


But something happened. I had an idea for a new story, sort of space adventrue sci-fi a la steampunk. Really, I was just playing around. I'd hit a point with the other two series where I was tired of editing and revising. So I started writing something new, just for fun. Then I read a few excerts to my editor, and she didn't hate it. Okay, she liked it. She laughed out loud at a couple of points. And I realized the steampunk trilogy could be something.


So here's where things stand. I have material from the old blog to use as inspiration for new Undead Bar Association books, plus physical research completed for several other books in the series. The plan is to roll out one book in that series every five months. Why so frequent? Because as a reader, I hate waiting for the next book in the series. I don't think you should have to wait any longer than necessary. Will I really be able to keep up the pace? We'll see. Like I said, a lot of the work for future books in the series is done. And I like my chances.


The fantasy series is still waiting for publication. Each book in the series has a unique feel, but they all have to fit into the main story arc. So I'm taking my time with it. The first project I started will be the last one that I finish.


But the steampunk trilogy... 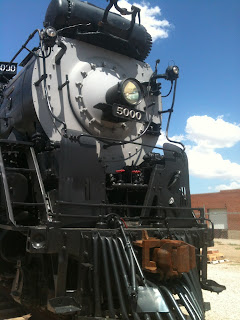 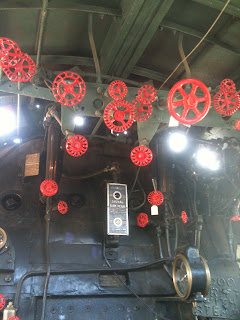 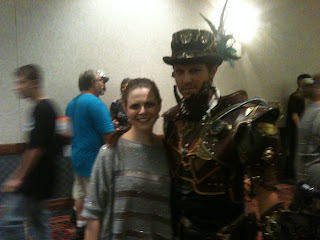 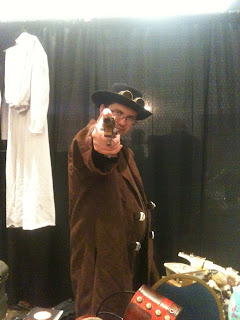 The steampunk fans at the first Amarillo Comic Con really inspired me, as did a trip to the Santa Fe locomotive engine outside. I spent some time chatting with the tour guide, and got some really good information.


I'm moving forward with this. It's going to be a big push, but I want to get the first book of the steampunk trilogy published in January 2013.
Is it crazy to be working on three series at one time? No. More writers do it than you might think. And it's not crazy because I have a plan. I know that's no guarantee for success, but it's a dang good place to start.