Want the latest information and stories behind the stories? Subscribe to the email newsletter! Newsletter is sent every other month. You can unsubscribe at any time. Your information will never be sold.
October 09, 2014

Book of the Week: Dracula 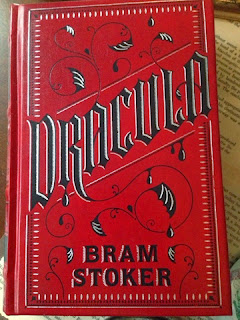 Today I'm starting something new on the blog. Once a week, I'll introduce a book and share information about which characters - Undead Bar Association, Ghostly Mostly, Heart's Trilogy - love it.
This week's book is Dracula by Bram Stoker.

Charlotte Hawthorne: OMG. This book is so sexy, with all the vampires seducing people and stuff. And the mesmerism is delicious creepy, like when the female vampires are after Jonathan Harker...fabulous. So fun to think about Victorian women, pretending to be all proper, reading this book in secret.

Matt Hawthorne: (rolls his eyes at Charlotte). Think you're missing the point, sis. The book's about good versus evil.

Damian: The sexuality in the book is misdirected and unhealthy, as the author intended. It's an example of the evil the heroes must destroy.

Matt: It's all about the battle. The men are willing to die to save the virtue of the women.

Kat: Ugh. Chauvinist much, Hawthorne? Don't forget that the men couldn't even find Dracula to fight him if it wasn't for Mina risking her life. She's just as much a hero as they are, and if you look at literature inspired by Dracula that came later, she's the most popular character. It's not like the League of Extraordinary Gentlemen were all hoping Lord Godalming or Seward would join them. The League wanted Mina.

Damian: (glaring) Did you just drag a comic book into this conversation? We're supposed to discuss an iconic piece of literature.

Kat: Graphic novels, not comic books, and whatever.

Matt: (looks around) Where's Maryanne? I was sure this had to be one of her favorite books.

Charlotte: (groans) Are you kidding? Never ever ever bring up the book Dracula around Maryanne Wells.

Kat: Not unless you want a four hour history lecture.

Charlotte: I know, right? I mean, the only thing about the novel she even remotely likes is Stoker's description of the Transylvania area, and she only concedes that because it lets her go all "oh, I've been there." Then she'll talk your ear off telling you everything wrong with people's perception of the book.

Kat: To be fair, I did learn some stuff from Maryanne about those misconceptions. Like, it's not the first vampire novel published in English, and Stoker took inspiration from at least two Romanian nobles for his vampire character, Vlad the Impaler and Countess Bathory.

Charlotte: But real stuff is so boring.

Kat: Did you make it to end of Maryanne's lecture? When I did, she gave me a recommendation for a great book to read next.

Kat: (nods). The Man, by Bram Stoker. It's an honest to God love story, no supernatural or anything, and it's damn hot in places.

Kat: Oh yeah. Maryanne says she's read everything Stoker, and The Man is by far her favorite. And it's so cool, because everyone's heard of Dracula, but not many know about The Man, so you're in a whole new class of fandom if you get it.

Damian: Learning that Maryanne can be swayed by romance and sentimentality in a book. I thought better of her.

Matt: So deep down she's a woman, just like any other. So what?

Matt: Sometimes I wonder if you're even human.

Damian: I'm not a vampire or other undead, so by definition I must be human. It's really very simple, isn't it?

Damian: (glaring at Charlotte) I think I'll start with "vapid".

Charlotte: (looks to her brother) Was that an insult? 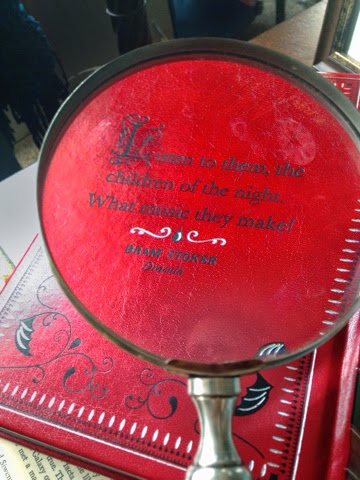