Want the latest information and stories behind the stories? Subscribe to the email newsletter! Newsletter is sent every other month. You can unsubscribe at any time. Your information will never be sold.
December 18, 2020 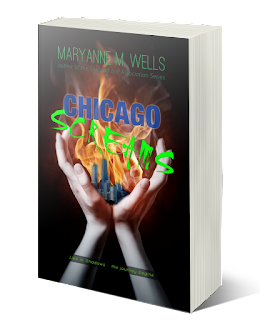 Identical twins Ted and Fred Knight carry on the family business of ghost hunting with enthusiasm, style, and flair. They've even started their own internet show featuring their supernatural obsession.

Just one thing threatens the Knights' dream: Damian Rook, the dark, brilliant, but creepy guy hosting the Knights' show. Damian's been scaring more viewers than the ghosts, and if the Knight brothers don't do something soon, their fading audience will completely disappear.

Chicago, Illinois offers the team a wealth of material for the show and a potential new host– Kat Pojim, a girl with an insane following in social media, a dozen wigs, a dark and troubled past, and the ability to sense spirits no one else can feel or see.

Damian knows the Knight brothers want to get rid of him and he's decided to chose his own replacement. Damian doesn't care if the Knights like it or not; he's Damian, and he knows what's best.

In the race to find a new host, the team almost forgets the most important and dangerous part of the show – the ghosts. Once the team's locked inside Chicago's historic and haunted Castle, an evil spirit takes over everything. If the spirit has its way, no one, ghost or human, will make it out of the Castle alive.

Chicago Screams is Book 1 of Lies in Shadows, a Young Adult fiction series.