Want the latest information and stories behind the stories? Subscribe to the email newsletter! Newsletter is sent every other month. You can unsubscribe at any time. Your information will never be sold.
January 05, 2021 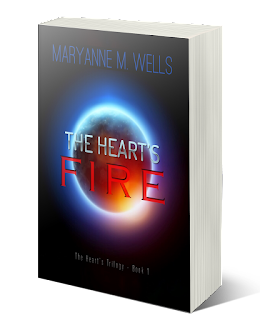 I walked in to buy a Christmas present for my parents. I left with a microwave bacon cooker and a challenge.

First, let me say that Blue Sage Pottery is an incredible place to shop, online or in person. As for what a microwave bacon cooker does and is, it does exactly what the name suggests and it is ridiculously beautiful. Artist Kent Harris did a custom color-blocked bacon cooker for my parents, and they love it.

While I was in the shop, Kent and I chatted a little. He used to be a professor at the same university where I'm rumored to teach, and we've talked about my artistic endeavors before. Kent wanted to know, "How's the next book coming?"

The sequel book to The Hearts Fire has been suffering from second book syndrome. That's when the second book is just ridiculously more difficult to write than the first. It happens sometimes. This is the first series where I’ve had this problem, and I can now confirm what all other authors have told me: second book syndrome sucks.

When I wrote The Hearts Fire, I made diagrams and rough build outs so I knew where are all the characters were at any given moment. Harkening back to my college days, I used Legos. Yes, Legos. Why, how did you and your college roommate study for your history exams?

This time, Legos aren’t going to cut it. It's all too much and too big. Add to that the complication of discovering halfway through my last draft that the new character I thought was just a cool incidental secondary or even tertiary character is in fact critically important...yeah, that threw me. It threw me and it made me throw the original plan completely out the window.

I didn’t explain all this to Kent when I was in his gallery. I simply said that it wasn’t going well. Kent, ever a balanced blend of cheerfulness and calm, quickly said, “You need accountability. And a goal. I’ll hold you accountable. Have a draft done by the end of January.“ He said it so quickly, it never occurred to me to object or think it through. When I did think it through later, I realized that he might be right. Still, with everything else going on in my life right now, including the start of the spring semester at the University, January seems like a very ambitious goal.

Or is it? After all, I had something close to rough draft, once upon a time. A lot of the old scenes and chapters could survive a rewrite. Could I be closer than I thought to being done?

Maybe accountability is just the butt kick me and book 2 in the Hearts science fiction trilogy need. So, okay. A draft by January 31. Kent and all of you can hold me accountable.