Want the latest information and stories behind the stories? Subscribe to the email newsletter! Newsletter is sent every other month. You can unsubscribe at any time. Your information will never be sold.
February 06, 2021 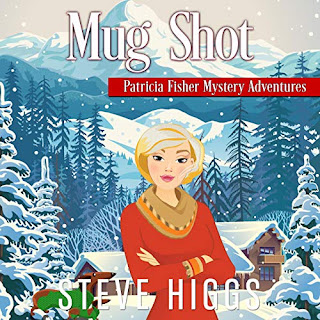 Invited to a big anniversary party in the suite next door, Patricia Fisher is pleased to celebrate the idea that marriage can work. Successful internet billionaire Howard Berkowitz and his wife, Shandy, seem very happy, even after 30 years together...that is until a shot rings out, and Shandy’s sister falls to the deck, stone dead.

But who was the bullet meant for? The shot winged Shandy, who was standing right next to the victim. Is she still in danger? Desperate for an answer, Howard begs Patricia to solve the mystery and find the killer. Can she do it before the killer can finish the job? Or was the sister always the target?

Stuck in Iceland while the Aurelia’s dented hull is repaired, Patricia and her friends must dig deep into the Berkowitz family history. However, the moment she believes she is onto something, a second murder muddies the water, and this time the victim is a member of Patricia’s immediate circle.

The killer is still at large, but is their grisly task complete? Or are there more victims to come? Though they grieve losing one of their own, Patricia and friends double down to unravel the clues as a deadly game begins to unfold....